My Philosophy on Money 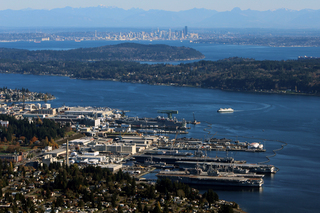 Not too long ago I saw the film, "All the Money in the World." The Rome scenes and interactions with the Carabinieri brought back fond memories of when I lived and worked in Italy. My favorite line from the film was: "Priceless? I deplore that word. Everything has a price. The great struggle in life is finding out that price." When asked how much money it would take for Mr. Getty to feel secure, he replied, "More."

My wife and I both attended public schools in Louisiana. Although we grew up in different parts of the State, we observed that none of our teachers taught us about money. When I discussed this with friends, I learned their experiences were basically the same. Most people learn about money from their parents. This can give you a very limited belief about money. My best friend's dad, Joe Guillory, helped shape my attitude toward money. I've known Joe for over 25 years, and I've witnessed how generous he is with his money. Even to this day, he has this belief: "It's just money. You can't take it to the grave with you."

I'm not a financial advisor, and I'm not going to give investment advice. In this blog, I'm going to share with you something I think is far more valuable, and that is how I've learned to view money.

Throughout my world travels—from eating room service at the Presidential Suite at a JW Marriott in Vietnam, to eating stew with bugs in Eastern Africa, I've learned a lot about how the world views money. Some people view it in its right context, but most people miss the mark.

Here are the observations that have changed my views about money for the better:

Money serves as a tool, test, and testimony.

As a tool: Just as a hammer can be used for good or bad, so can money. I can build things with tools, but the tool is not the thing I want. I want options, memories, experiences, freedom, etc. When I use money for these pursuits, I notice that my life is joyful and my relationships are enriched.

I'm open to spending money. Author Peter McWilliams said, "Life is cycles of giving and receiving. We breathe in, we breathe out. The exhale is just as important as the inhale."

When I purchased my airplane in 2013, I was surprised so many people wanted to know how much it cost. Nobody asked about how I planned to use it, or what its value was. Cost and value are not always the same thing. For my family and me, the value of that airplane far exceeded its cost. When I sold the airplane in 2018, people asked: "How much did you sell it for? Did you make any money?" Nobody asked about my favorite Cardinal flight, or to tell them how many passengers I transported in the Cardinal (30 different people), or how many fun vacations my family enjoyed because we flew there in our Cardinal, or how many aviation articles (5) were published from a direct result of piloting the Cardinal.

As a testimony: Money (time & energy) reveals where our heart is. I've discovered that poverty is real, but poor is a mindset. Economics is about behavior. In other words, my financial decisions are more tied to behavior than they are to logic. Logic may dictate staying home and saving a buck, but my personality craves adventure, exploration, growth, and a desire to create lasting memories with friends.

I've learned that generosity, just like everything else, can be taught. Evangelist Billy Graham said, "God has given us two hands—one to receive with and the other to give with. We are not cisterns made for hoarding; we are channels made for sharing."

I've strived to increase my positive thoughts about money. Instead of saying, "I can't afford this." I've disciplined myself to ask, "How can I afford this?" This spurs my creativity.

And if you're barely struggling to get by, consider the words of Edwin Louis Cole: "You don't drown by falling in the water, you drown by staying there."

1.     "It takes money to make money." I've met people who were homeless at one time and now they're rich.

2.     "It takes hard work to make money." James Patterson, the highest grossing author of our time, says he doesn't work for a living, he plays for a living.

I attended a John C. Maxwell leadership seminar in 2015. Paul Martinelli asked the audience of several thousand: How many of you would donate a large portion of your money if you made over one million dollars? From my viewpoint, I think everyone in the audience raised their hand. He then said: "That's why the world needs rich, generous people like you." You can only give what you have.

Very interesting take on the view of money. I enjoyed reading this. personally I am very free with money. i would rather spend it to make memories with my loved ones while Im alive rather than leave it to them when Im gone.

Very enlightening. You are correct that people ask how much something cost or how much money was made far too often. Not a positive mindset. I appreciate your views on money.